An initiative of the Estate of Geoffrey David Williams.

This proposal for the Geoff Williams Memorial Art Prize is a continuation of our mission to connect artists, art lovers and the wider community with the Geoff’s retrospective catalogue and to raise the profile of easel painting in our region. While Geoff’s work was predominantly photorealistic oil painting, concerned with our relationships with nature, the art prize will be open to all Australian artists painting representational or figurative styles in any medium and across any genre.

Designed to attract a high calibre of studio and plein air painting, the prize and subsequent exhibition is currently open to expressions of interest from artists and sponsors alike. 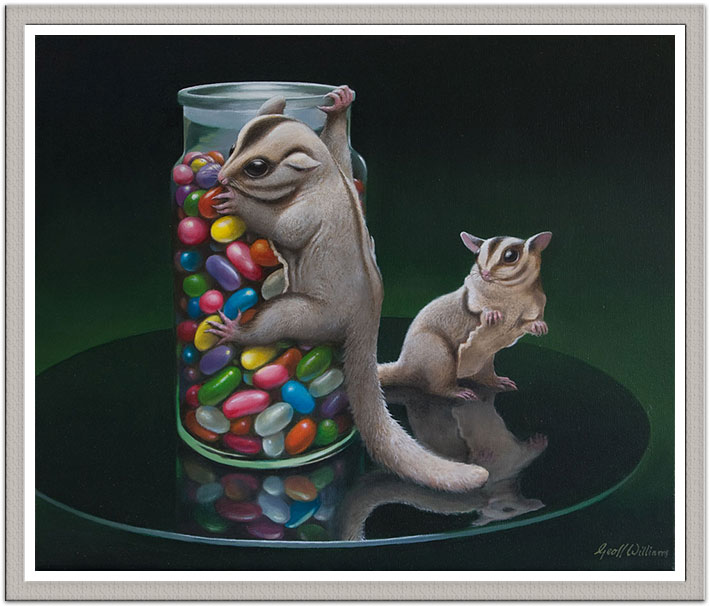 Geoffrey David Williams was born in Brisbane on 13 December 1941. He was the son of David and Ivy Lavina Williams and was the younger sibling of Adele. Geoff worked in a multitude of artistic disciplines including easel painting, graphic design, film set design and murals. Having spent several years abroad in Europe where he worked as a senior Art Director to an advertising agency, Geoff’s style developed as he became increasingly disillusioned with corporate propaganda.

His move from commercial art in the 1960s and early 70s towards freelance painting and illustration in Switzerland also uncovered a yearning for the Australian bush and Geoff returned to Mullumbimby NSW in 1978. The ‘desecration of a wild earth is the narrative at the core’ of most of Geoff’s work, as he explores his fascination with the relationship between wild nature and man-made structures in a realistic manner. Since 1990 Geoff has been involved in murals, dioramas and painting projects in Singapore, China, Europe and Australia.

We are at the very earliest stages of developing the idea for this Memorial Prize, gauging interest, defining the scope and sourcing avenues for sponsorship. If you would like to keep abreast of our progress, offer advice or otherwise get involved, please contact Sam and the family via the contacts page.